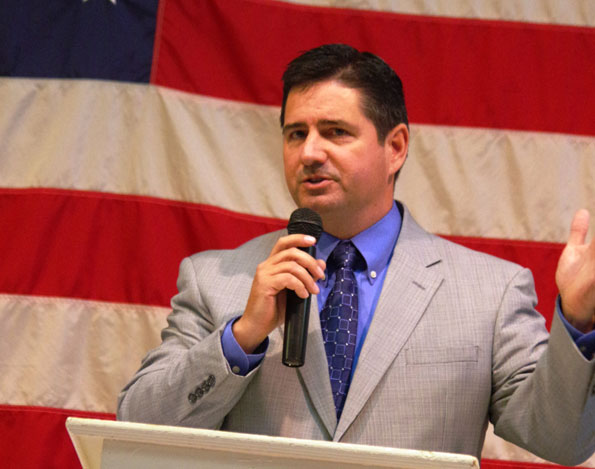 SPRINGFIELD (WSIL) — State Rep. Jerry Costello II has resigned from his house seat to become the Director of Law Enforcement with the Illinois Department of Natural Resources.

“After serving his country in the battlefields of Iraq and the people of Southern Illinois in the statehouse, I’m thrilled Jerry Costello is continuing his public service by leading law enforcement at the Department of Natural Resources,” said Pritzker. “His wide-ranging experience brings much value to an important piece of state government.”

Costello II resigned from his house seat Tuesday. He also chaired the Agriculture and Conservation committee.

“It’s an honor to lead the dedicated group of men and women who keep Illinoisans safe while they enjoy our state’s natural resources,” said Costello II. “I’m excited to start this new chapter, and I thank Gov. Pritzker for the opportunity to serve.”