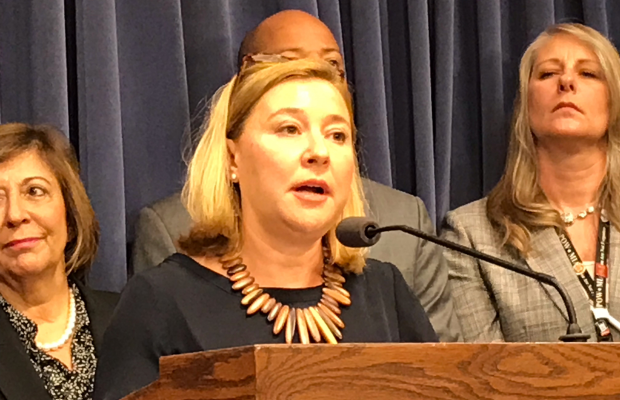 “I was exposed to opiates in the womb from my birth mother,” Moeller told a Statehouse news conference. “The state took me away and placed me in the care of my loving grandparents.”

Moeller is now a co-chair of the newly-formed Illinois House Child Welfare Reform Caucus. The bipartisan group of representatives hopes to finally get the Illinois Department of Children and Family Services turned around.

And a man who says he is a survivor of abuse, James McIntyre, said, “We left families alone. We left families stranded. We let that kid know that his voice does not matter.” McIntyre is co-founder of the Illinois chapter of the Foster Care Alumni Association of America.

McIntyre added that abuse and neglect crosses all racial, income, and religious lines.

The new caucus was announced the same day as an auditor general’s report which said calls to the DCFS hotline went to voicemail and were not returned for a week; and that caseworkers are overloaded to illegal levels.