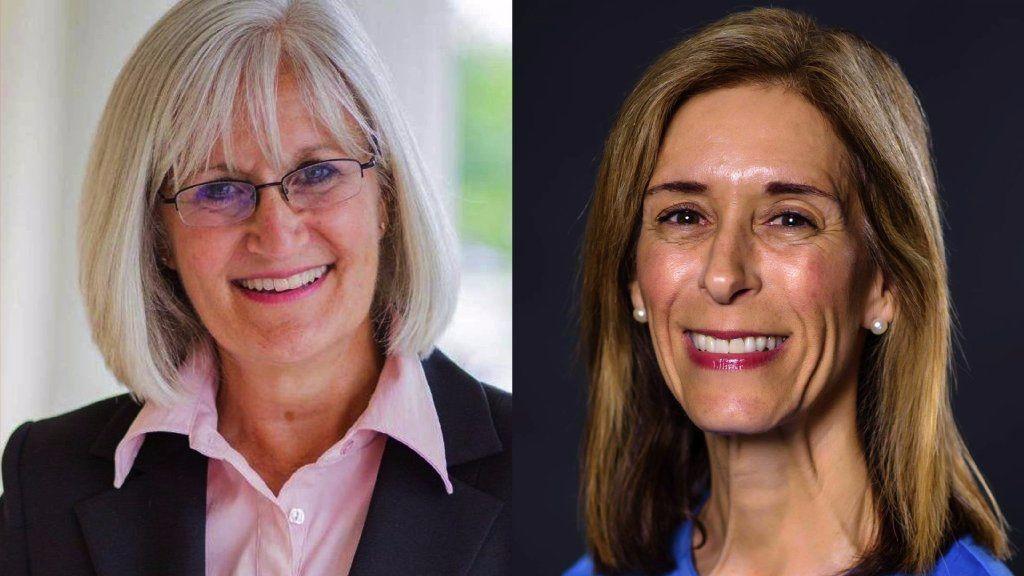 She said the office waited until 5 p.m. for the last delivery of mail, which could include out-of-town ballots that would be valid if postmarked by Election Day. The district also has a single precinct in Cook County.

Walsh, of Mundelein, is the wife of radio host and former U.S. Rep. Joe Walsh. She runs the management company involved in his media endeavors. Edly-Allen, of Libertyville, is a bilingual elementary school teacher.

Edly-Allen claimed victory in a Tuesday evening statement that emphasized her role as a teacher and the message she hopes her win sends to her students.

“It is for this reason that my message from the beginning has been about standing up for what’s right: reforming our broken property tax system, defending heath care protections for people with pre-existing conditions, demanding safe classrooms for our children, and standing up for women’s health,” the statement read.

Moving forward, Edly-Allen said she plans to continue going door-to-door and making phone calls in order to connect with all of her constituents.

Walsh said by text Tuesday night she planned to reach out to Edly-Allen to congratulate her.

The district includes all or parts of the Barrington area, Lake Zurich, Long Grove, Libertyville and Mundelein.

Nick Sauer previously held the seat until abruptly resigning after a Politico report detailed claims that he shared nude photos of an ex-girlfriend on social media. Walsh was then appointed to the seat in August and quickly filed to retain it.

As of Tuesday morning, more than 6,000 late arriving and provisional ballots from throughout Lake County were waiting to be added to the vote totals, according to Wyckoff.

The Lake County Clerk’s office plans to certify and canvass the results on Nov. 27. Candidates who wish to request a discovery recount must submit their petition within five days after the Nov. 27 canvassing, according to Wyckoff.

“A discovery recount doesn’t change the results of the election,” Wyckoff said. “It simply allows the candidate to inspect and undergo discovery so they then have information if they want to file a petition with the courts for an actual recount.”

Wyckoff said any candidate whose vote total is at least 95 percent of the victorious candidate’s total is automatically entitled to a discovery recount, which allows the candidate to review materials from up to 25 percent of the precincts and search for perceived errors in counting or improper voting.

If a discovery recount is requested, the challenger gets to pick the precincts and will be charged $10 per precinct, according to Wyckoff.

Petitions for a full recount, including the argument and supporting documentation, must be filed within 30 days of the Nov. 27 canvassing, Wyckoff said.