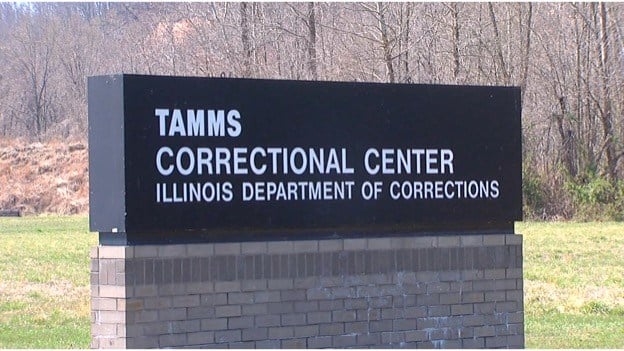 But that facility will be built in Joliet, several hours north, prompting a candidate for state lawmaker to ask,"Why not Tamms?"

Marsha Griffin, a Democrat running for Illinois’ 115th District, said Tamms could easily be repurposed and reopened to help inmates with mental disabilities.

"The decision to build a new facility (in Joliet)… is not only fiscally irresponsible, but shows the governor’s ignorance about the economic situation in Southern Illinois," Griffin said. "We need jobs, and there is a facility that could easily be opened and repurposed currently sitting vacant."

She said southern Illinois needs the jobs, something officials from Tamms have been saying for years.

Lamar Houston, assistant mayor for the village of Tamms, has lived there all his life.

He remembers the excitement about the Tamms Supermax Prison before it was built in the 90s.

"And then all at once, it left," Houston said. "And it left the city with it. It left us with nothing."

Griffin’s plea to Gov. Rauner isn’t anything new, and her opponent, State Rep. Terri Bryant (R-Murphysboro), has also called for the prison to be reopened.

"Well, it’s always going to be a hot topic when you have a facility such as the one we have here and as much money is being spent there," Houston said.

Houston said no one thought about the closure’s impact on the village.

"We all had high hopes that it was going to bring a few businesses into Tamms," Houston said. "And we can see our community growing rather than like it is now. We’re not able to get anything at all from the prison. We lost a lot. This city lost a lot."

Since the closure in early 2013, lawmakers have fought about the cost of reopening Tamms, but nothing ever happened.

Despite overcrowding in the state’s prisons, it doesn’t appear to be opening back up anytime soon.