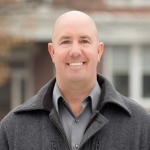 Last week, Illinois House candidate Travis Breeden said he was being wrongly described as being against affordable health care. A Democratic Party of Illinois mailer describes the Utica Republican as someone who will give the gift of higher drug prices. Breeden says he was only against an unbalanced budget.

Ottawa Democrat Lance Yednock supported that budget and says it’s not as simple as refusing to go along with borrowing money.

Yednock says simply cutting things will affect those who need services the most. He says if the state has to borrow to provide service, that’s the way it is.

Breeden and Yednock are running in the 76th Illinois House District.