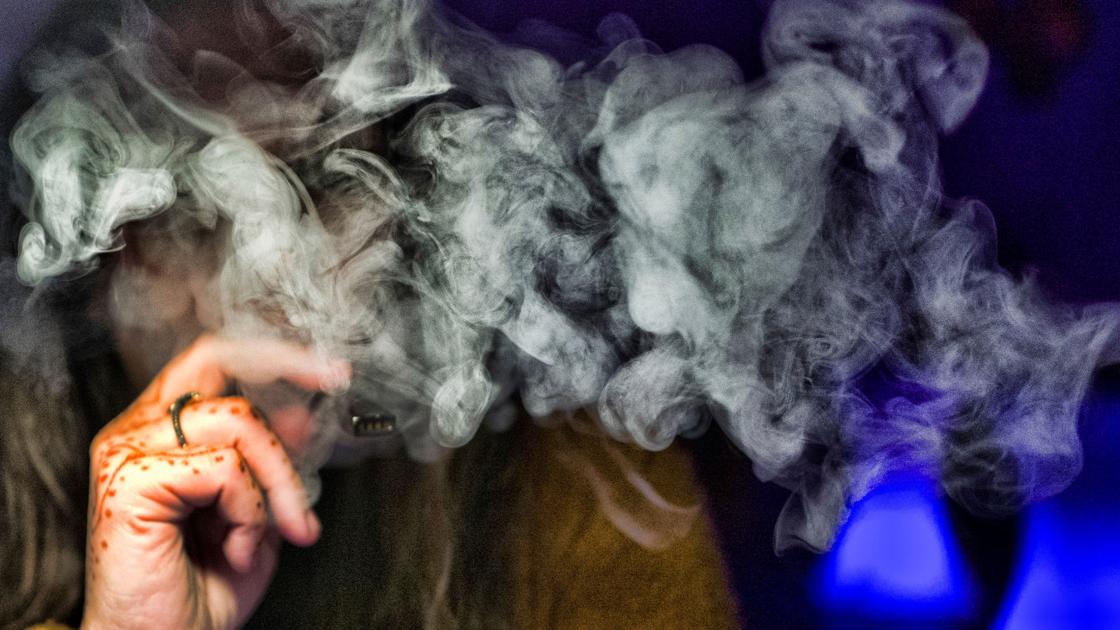 The issue has gained fresh traction with state legislators as the federal Centers for Disease Control and Prevention reported last week that at least 530 people have been sickened and seven have died in Illinois and 37 other states from a mysterious vaping-related illness. While no single cause has been found, the CDC says patients in most cases have reported THC, the main psychoactive compound in cannabis, though many also vaped nicotine.

Conroy will chair a House committee meeting set for Monday in downtown Chicago on “addressing the vaping crisis.” She said the issue came into focus for her through student advisory groups at high schools in her west suburban district.

CHICAGO — Inspired and scared by the recent spate of hospitalizations and deaths from a mystery respiratory illness linked to vaping, young pe…

Critics say many vape flavors serve as a lure to underage users. A group of 15 student interns spent the summer researching vaping, and some plan to testify Monday about the impacts of vaping on young people before the House Mental Health Committee that Conroy chairs.

“You can’t walk into a bathroom and not see at least three kids vaping,” said Jack Carey, a 17-year-old senior at Willowbrook High School in Villa Park who was among the student interns.

He said he hopes that his testimony will resonate with lawmakers because he’s not a lobbyist for a company or special interest.

“I’m not working for anyone,” Carey said. “I’m not on anyone’s payroll. I’m doing this because I genuinely care about what happens to me and my friends.”

A second House bill would make exceptions for mint and wintergreen, in addition to menthol. Those aren’t as “egregious” as some of the flavor offerings that could be more attractive to young people, said Rep. Grant Wehrli, a Naperville Republican and the bill’s sponsor.

“I understand the importance of these devices to help people get off of ignited tobacco — that’s a good thing. And so, I don’t want to remove that capability,” Wehrli said. “But when it came to the flavors, some that they offer are just ridiculous. I don’t know an adult that’s really going to vape bubble gum-flavored anything.”

Gov. J.B. Pritzker “supports the efforts of state lawmakers to outlaw flavored e-cigarettes and vaping products” during the General Assembly’s six-day fall session, set to start Oct. 28, a spokeswoman said. The governor’s office did not make clear if Pritzker is amenable to exceptions like those in the two House bills.

New York last week became the first state to enact an immediate ban on flavored electronic cigarettes and Michigan Gov. Gretchen Whitmer ordered a ban earlier this month that has yet to take effect. (Pritzker doesn’t have the power to issue an executive order like the one in New York.)

The issue isn’t a new one in Illinois. In 2010, the American Lung Association backed a bill that would have banned the sale of vaping devices in the state unless they were approved by the FDA as smoking-cessation or harm-reduction products and sold exclusively for that purpose. The Senate overwhelmingly approved the measure, but it was never taken up in the House.

As of July 1, Illinois’ smoking age increased to 21 from 18 through a measure that includes e-cigarettes and vaping materials. A measure Pritzker signed into law this summer created a state tax on vaping devices for the first time and created a license for retailers. That legislation was simply a way for the state Department of Revenue to track who to tax, not a way to regulate what goes into the products, said Kathy Drea, the chief lobbyist for the American Lung Association in Illinois.

Vape shop owners argue the flavor bans will put them out of business, and foresee people who vape returning to smoking cigarettes if the products are removed from the market. They’ve also said their products aren’t to blame for the string of sicknesses that have been linked to vaping.

You have run out of free stories. To continue reading, take advantage of our LOWEST offer yet!

The focus should be on black market THC products that have been linked to the outbreak of illnesses, said Tony Abboud, executive director of the Vapor Technology Association.

“The issue of underage e-cigarette use — and some of the marketing practices from a few bad actors that led to that ? is without question something that has to be addressed and something we have been addressing,” Abboud said. “But what we are very concerned about is the unregulated products that are causing these illnesses and deaths are being ignored. And I think our government, both in Illinois and nationally, has to focus on that.”

San Francisco-based Juul Labs, which dominates the vaping market, voluntarily stopped selling flavors other than tobacco and menthol through retail stores last year in the face of federal scrutiny, though other flavors, such as mango and creme, are still available online.

But Juul believes an outright ban on vaping — which one Chicago alderman has proposed for the city — would “drive former adult smokers who successfully switched to vapor products back to deadly cigarettes, deny the opportunity to switch for current adult smokers, and create a thriving black market instead of addressing the actual causes of underage access and use,” spokesman Austin Finan said.

Victoria Vasconcellos, president of the Smoke Free Alternatives Coalition of Illinois, is a former smoker who was able to kick cigarettes by using vaping products, leading her to open a vape shop of her own in Elmhurst. She now has five suburban locations and thinks a flavor ban would likely at least force her to consolidate to fewer shops.

She estimates, flavored products make up as much as 80% of sales for some vape shops.

Some vape shop owners have pointed to the mysterious lung disease as a reason to buy products from their stores rather than on the street or over the internet, but Drea said it’s important for consumers to realize that no government agency is regulating what goes into vaping pods or monitoring the sanitary conditions during manufacturing.

E-cigarette manufacturers will have to apply to the U.S. Food and Drug Administration for “premarket authorization” by May 12, but a federal court ruling will allow manufacturers that file applications to keep their products on the market during a one-year review period.

“One thing I don’t think people understand is that there’s no such thing as a regulated electronic cigarette,” Drea said. “It seems like, for some strange reason, people don’t care about what they’re putting into their lungs, but my goodness, we’re putting this in our mouths.”

Sen. Terry Link, a Vernon Hills Democrat who sponsored the 2010 measure to ban e-cigarettes, introduced the bill to apply the state’s indoor smoking ban to vaping devices. Drea said Link has assured her that he plans to call the measure for a vote this fall. Link did not respond to requests for comment.

Drea said her organization can’t support legislation that allows the continued sale of flavors like menthol and mint. Conroy said she’s open to amending her bill to prohibit menthol-flavored products as well.

In addition to the flavor ban, Conroy is drafting legislation that would regulate the level of nicotine in vaping products.

While she acknowledges that it’s ultimately the FDA’s job to regulate tobacco products, “we’re not seeing a lot of substantial things happening out of Washington, sadly,” she said.