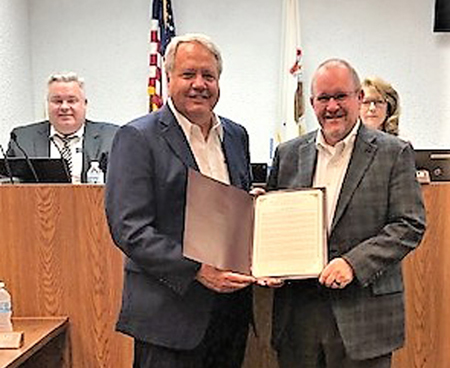 Illinois State Representative Jay Hoffman (left) was at the Tuesday, August 7 meeting of the Fairview Heights City Council to give Mayor Mark Kupsky, right, a copy of a resolution passed in the state house of representatives congratulating the city on its 50th
anniversary.