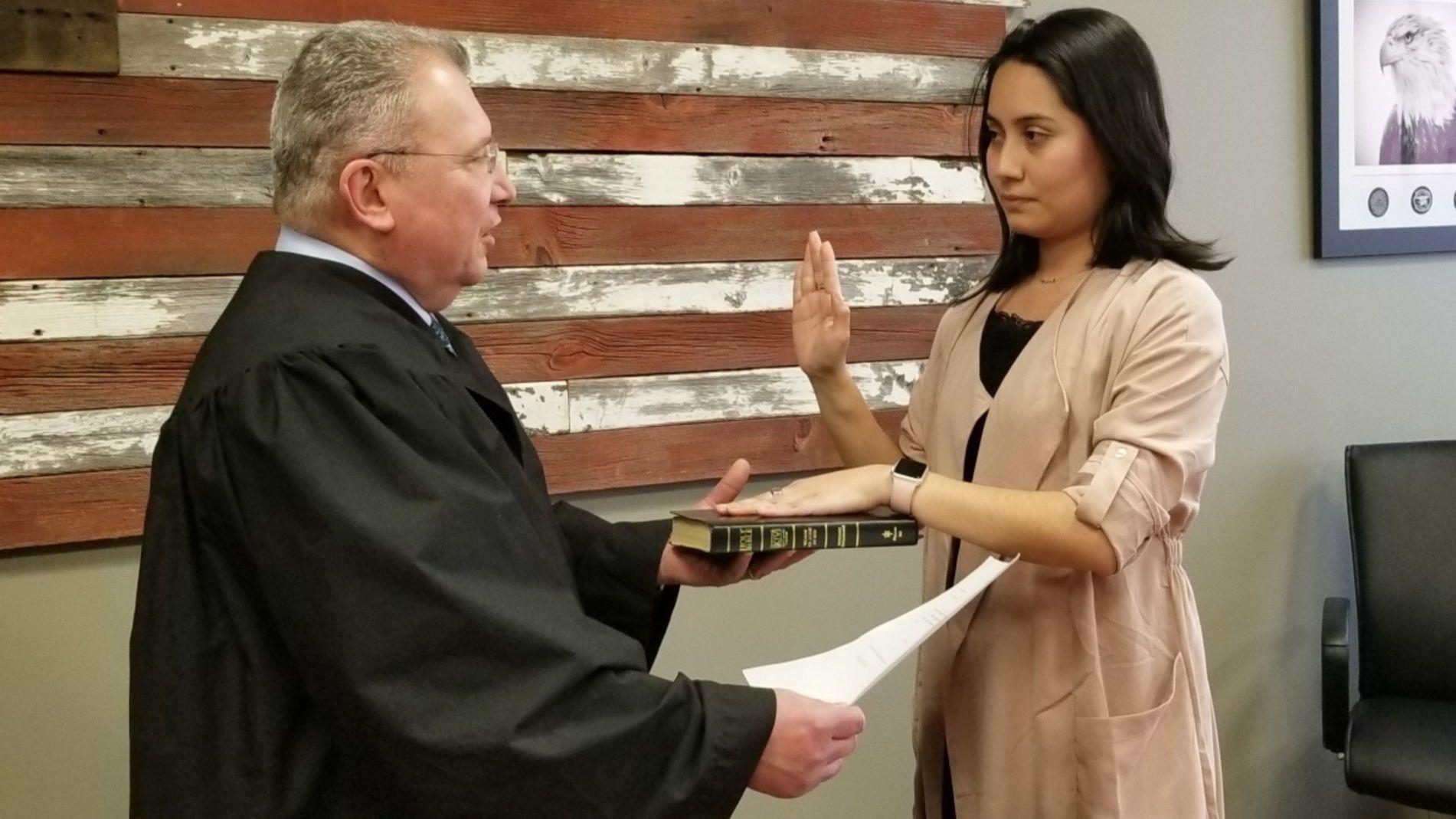 Kane County Board member Barbara Hernandez has been sworn in as the new state representative in the 83rd House District.

Hernandez, of Aurora, replaces Linda Chapa LaVia, who left the House seat after 18 years to become director of the Illinois Department of Veterans Affairs.

Hernandez, who has been the 8th District representative on the Kane County Board since being elected in 2016, once worked as an intern in Chapa LaVia’s office. At age 26, Hernandez becomes the youngest member of the Illinois General Assembly.

Since Chapa LaVia is a Democrat, her replacement had to be a Democrat.

“(Hernandez) had a lot of support in the community,” said Guethle Friday. “She is a shining, rising star in the party. She’s good on all the Democratic core issues.”

Guethle was automatically included in the panel that chose Hernandez because he is the county party chairman. Elsbree and Cuevas were elected by a vote of Aurora Township committee members for the panel.

The panel heard from several people interested in replacing Chapa LaVia before voting for Hernandez. She was immediately sworn in by Kane County Circuit Judge Michael Noland.

“I never imagined a daughter of first generation immigrants could have made it this far,” she said. “ I cannot wait to continue the fight in the 83rd District.”

Hernandez was born and raised in Aurora. She graduated from East Aurora High School in 2010, Waubonsee Community College in 2012 and from Aurora University in 2014.

She has a bachelor’s degree in political science and a minor in Spanish. She is the first in her family to attend college.

She interned in Chapa LaVia’s office and was first elected a precinct committeeman in the 5th Precinct of the 3rd Ward at the age of 19.

That replacement must be a Democrat, because Hernandez is a Democrat.