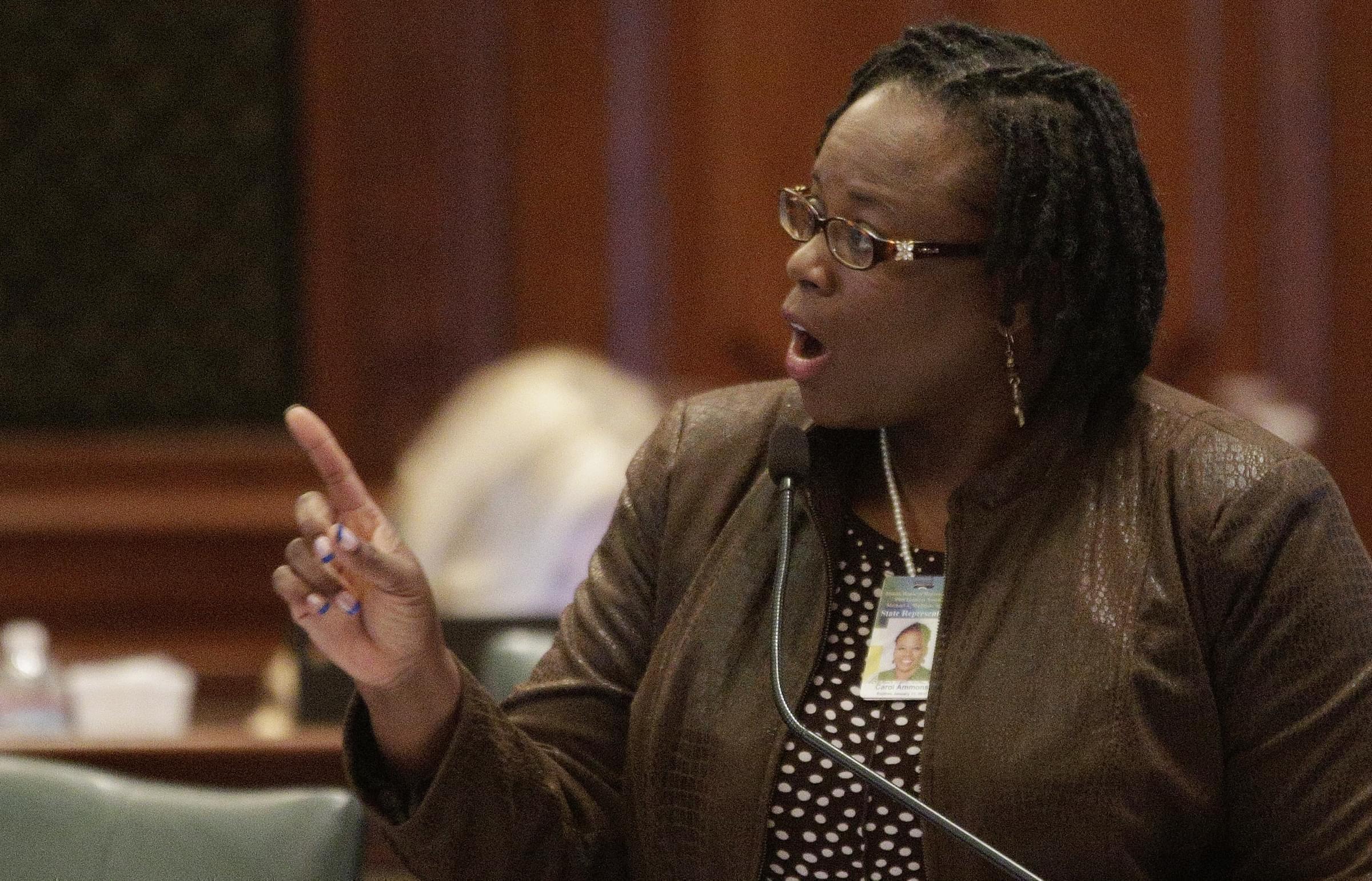 She previously served as the vice-chair of the committee. Ammons spoke with Illinois Public Media about her top priorities for higher ed policy moving forward and how she’d like Illinois colleges and universities to spend any extra state dollars they receive on. She also weighed in on the recent sexual harassment scandals that have erupted at several colleges campuses across the state.

This interview has been lightly edited for clarity and length.

What are your top priorities as chair of this committee?

We have a few things that the (University of Illinois) and I have been working on, certainly to get more resources to the students of our university, to get those dollars from the state to help offset and to help lower the tuition — the tuition gap that keeps so many students from attending (the University of) Illinois. We’re going to work on that this session. I believe that the partnership with our new medical center and Carle (Foundation Hospital), there a few things that we need to do legislatively — I can’t speak to what they are at this point — but we’ll continue to work on making that a smooth transition so that the medical school can really grow and get up and running here in Champaign-Urbana. And then we want to look at the systems. We have a few problems with a couple of our systems that will come to the (Higher Education Committee) again this session. Southern Illinois University — they have some arguments between Carbondale and Edwardsville that have kind of been going on for some time. We hope to solve that this session and bring that system back together so that we can work together positively for the students that attend those schools.

The State Board of Higher Education has asked for a funding increase of 16 percent, and the justification for this is that state universities and colleges are underfunded and want to provide more opportunity for low-income students to attend. Do you support that kind of funding increase?

It’s difficult to say at this point because we’ve just begun to start our budget. We haven’t had team meetings yet as far as what’s available in our revenue streams. I do support an increase for higher education, and I have since I’ve been a member of the General Assembly. We’ve continued to try to increase the resources for MAP grants and other granting programs to help students come to those universities. Will we be able to meet a threshold of 15 percent in a budget? I can’t say at this point, but we will try to do our best to get as high as we can in the budget cycle this term.

It sounds like you do support a funding increase of some sort — maybe not 16 percent. Do you have a feeling or an opinion about how those funds should be used?

If there is an increase, I certainly want to see those funds going to the classrooms, to the students, to the professors to make sure that they can provide the resources that the students need. I also want to see some investment into the retention programs at the university. We have a really big push to bring more Illinois students to Illinois universities and part of that is the retention part for the universities, and we really need to invest money into the student services and into student access points. So if I were able to say that, I would certainly want those higher education institutions to drive that money to those really needed areas of student achievement of student support, of professors support, so that we can really continue to bring great minds to Illinois and not lose great scholarship. Those are really important focal points for me.

And are you concerned about excess spending on state college and university administration?

I am always concerned about that. If we are talking about improving the conditions for people, I believe that it shouldn’t be a pyramid. I think it should be a reverse triangle. We should always invest in those in the most difficult positions. We want to invest in students. We want to invest into faculty and we want to make sure we can invest into resources like student support organizations. Those are really, really important. And of course the institutions will hear that from me as the chair of (the Higher Education Committee), and never believe that we’re not paying them at the top enough.

And state universities, notably UIUC, have been dealing with sexual harassment allegations and investigations. Do you think campus sexual harassment policies need to change so that professors who have been found to exhibit clearly inappropriate behavior don’t just get a slap on the wrist?

Unfortunately, I just have absolutely no information on what the university’s policies are around sexual harassment. I hope that the university is reviewing what their policies are in light of so many allegations that have been taking place because we want to have a fair and equitable system to address these issues as they arise. But I will certainly be seeking to know as we go forward in the Higher Education Committee how the university is reviewing its policies and making the appropriate changes that protect the students as well as the faculty.

And I want to ask you about Discovery Partners Institute. Are you in support of this given that private investment in the venture is still kind of uncertain?

I am supportive of the DPI as it has been presented to us as local representatives. I do believe that the overarching principle of the DPI is to connect and fuse the Urbana-Champaign campus to the Chicago campus and to bring investment into central Illinois as well as into the northern part of the state. I hope that as we’ve talked over the last several meetings that those commitments from the private sector will remain true because the state has offered its commitment and given its resources to DPI, and hopefully within the next several months we can get the deal closed and continue to move on the ability to grow not only our technology industry at research park, but to grow our technology across the board so that we will have more and more access points at the University of Illinois Urbana-Champaign.

And, finally, I’m really interested in whether or not you and Gov. Pritzker are generally on the same page when it comes to higher education policy moving forward.

I’ll be meeting with the staff when we get back to Springfield on the objectives and the interests of the new governor. At this point, I’m not totally clear on what their objective is and where they’d like to go. Certainly, I know what mine is. I know what kind of work that we’re trying to do here from Urbana-Champaign, and hopefully those things align. I’ll have a better picture of that once we get back to session.