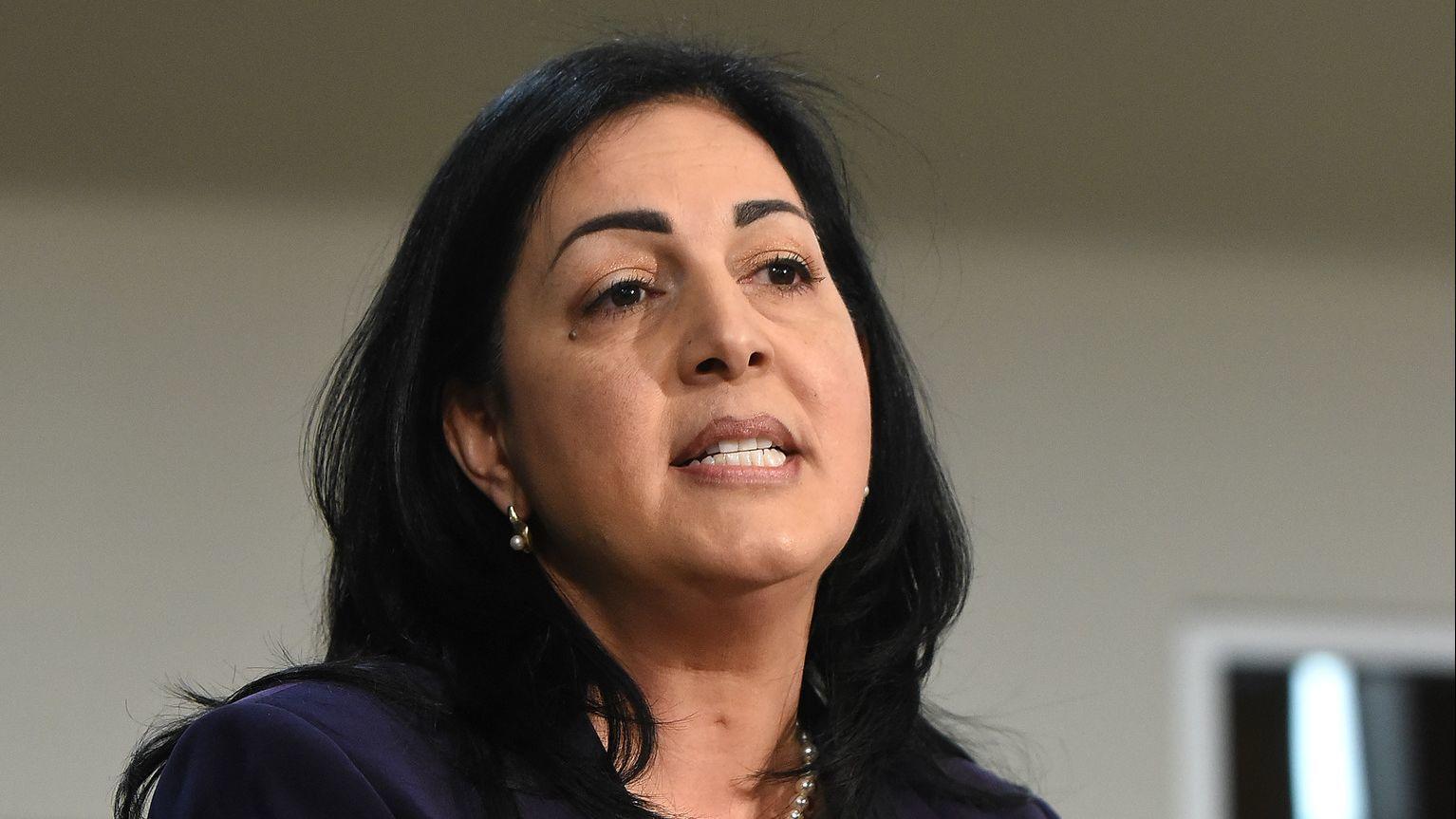 Linda Chapa LaVia has come a long way from that young mom considering a run for public office back in 2001, who tried to hide in the corner at a hoity-toity fundraiser featuring U.S. Sen. Dick Durbin.

That’s the evening the long-time Illinois politician learned the Aurora woman was not only a small business owner and bilingual but also a United States Army veteran.

And she did — becoming the first female Latina outside Cook County to be elected to the Illinois House of Representatives.

After nine terms in the House, Chapa LaVia (D-Aurora) recently made Illinois history again when her peers elected her an assistant majority leader in the Illinois House of Representatives, the first Latina elected to serve in leadership in the House and the only member of leadership to serve from the Chicago collar counties.

Looking back on those firsts, Chapa LaVia credits Durbin with supplying that unexpected push she needed nearly two decades ago. But she gives even more credit to her 80-year-old mother Mary Lou Chapa, the first minority real estate broker in Aurora, for being a role model who gave her the confidence to enter the tough political fray, not to mention lending her daughter money so her bank account could “make others start believing I was viable” as a candidate.

“Politics is an ugly world if you don’t know the right people or don’t have the right answers,” Chapa LaVia noted recently when we sat down to talk about why she believes mentoring, more than ever, is necessary in helping women advance in either party.

But in the world of “politics and policy,” Chapa LaVia added, it also takes resources “to get you into certain arenas or get that recognition.”

In addition to her role as assistant majority leader in the Latina Caucus being “a great honor,” Chapa LaVia says she is well aware of the responsibility that falls on her shoulders to help the next generation of lawmakers, particularly women and other minorities who are beginning to find their voices, not just in the state arena but also on the federal level.

There are certain women — she named in particular former state representative and now Lt. Gov. Juliana Stratton — “who belong on the federal stage.” And Chapa LaVia says she’s committed to helping them get the resources to achieve those goals.

But mentoring also means helping new lawmakers zero in on their strengths and passions, walking them through committees that are available and not only finding out what bills are important to them but helping them get those bills “into the end zone.”

Chapa LaVia insists this new leadership position is not only good for women and minorities but also for her hometown.

“This will absolutely help Aurora” she said of this new role, specifically citing the Sunday leadership meetings, where bills are scrutinized and critical issues such as pensions and capital spending are discussed.

Chapa LaVia, by the way, is not the only female legislator from our area whose experience is leading to a more leadership role. State Rep. Stephanie Kifowit (D-Oswego), who in addition to serving as chairwoman of state government administration, was also recently named to head up the Illinois Veterans Committee.

And state Sen. Linda Holmes (D-Aurora), who is majority caucus whip and sits on five committees — including chairwoman of local government — was most recently appointed to the more senior executive committee where, she noted, “all the tougher bills go.”

All three women, with a combined 35 years in Springfield – Kifowit was previously an Aurora alderman — know what it was like to be a political newbie, and appreciate the help they received from their peers. Mentorship has always been key, says Holmes, recalling her own freshman year in 2007, where the informal “pizza caucus” allowed her to freely ask all the “stupid questions.”

But more women than ever are entering politics at the local, state and federal levels, which led to the women’s caucus, where Holmes is secretary, forming a committee with the sole purpose of providing mentorship.

That includes helping women get elected, even at the school and county board levels. And that goes beyond financial and emotional support to “paying attention to the real needs of a candidate, such as child care,” said Kifowit, who admitted taking her infant in a stroller when she went door to door during her campaign for Aurora alderman because “I had no other choice.”

For Chapa LaVia, the issue comes down to helping other women “put in the hard work, which translates to asking for money, a task women by nature have trouble doing.

“I want to change that,” she said. “Women have to understand they are worthy.”

Kifowit says she’s already seeing that increase in confidence, using the county board race as an example where “the women who were running were on fire.”

“We do need to be a resource to them,” said Kifowit, “but more than ever I feel optimistic about where we are going.”

That hopeful attitude applies to where the state is heading, as well. All three legislators say they’re counting not only on Gov. J.B. Pritzker’s business acumen and humanitarian spirit but also his willingness to reach across the aisle in order to tackle the state’s financial mess.

“J.B. is less inclined to put down that line in the sand,” Chapa LaVia said. “That is what is important.”

Holmes agreed, insisting these last four years of divisiveness have been replaced by a strong desire to “get back to the most important thing we do, which is building relationships.” That’s especially true in the suburbs, she added, “where we have much more in common than our differences.”

With Democrats now holding a super majority, “there’s nowhere else to point the blame,” she rightfully noted. “We need to proceed with caution because with greater power comes greater responsibility.”

“When we leave,” Holmes said, “we need to make sure other women are prepared to step into that role.”

Chapa LaVia said when she called her mother to tell her that her peers overwhelmingly voted her in as assistant majority leader, “I was so excited that I was crying … but I’m not sure she understood it all. For her, it was just another first.”

“I hope I can live up to her expectations,” Chapa LaVia said. “My most important role is to help women see their full potential.”