Our view: Scherer gets the nod in the 96th 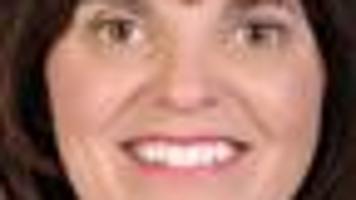 Sue Scherer is either pragmatic or disingenuous regarding her thoughts and actions about Illinois Speaker of the House Michael Madigan.

While individual voters’ feelings or fury about Madigan may have already helped them make up their minds in the race to represent the 96th District in the Illinois House of Representatives, we’re endorsing Democrat Scherer for another term as representative.

In the Betsy Dirksen Londrigan-Rodney Davis race, the candidates have made the campaign for the 13th Congressional District an extended referendum on President Donald Trump and Nancy Pelosi, minority leader of the U.S. House of Representatives. Likewise, voters in the 96th District are using Scherer as a mirror of Madigan’s policies and decisions.

Scherer has represented the district since 2013. The district covers parts of Christian, Macon and Sangamon counties. She was unopposed in 2016 after the withdrawal of Cindy Deadrick Wolfer four months before the election.

Herman Senor, a Springfield alderman and administrator at the Illinois Department of Transportation, is challenging Scherer. But he’s not really running against her. He told the Herald & Review, “I really haven’t seen anything that she has done that we can talk about what she has or hasn’t done. I’m not running on her record, I’m running on things I want to do and hopefully create a better quality of life for the constituents in the 96th District.” But he offers no specifics. He thinks retaining Illinois’ populace is a good idea, but no one is campaigning in favor of the state losing citizens. Too often, Senor’s answers are essentially “I’ll decide that after I get elected.”

There are voters determined to never vote for a politician who’s voted to raise their taxes. Some legislators who voted to override Rauner’s veto clearly understood that and it almost certainly played a part in their decisions to walk away from public service. Scherer voted in favor of the increase that helped settle last year’s budget battle, saying she had two “unfortunate” choices, and decided to “support a deal I didn’t fully agree with.”

Scherer says she has always cast her votes in the General Assembly based on the majority opinion of the district, and said she will continue to do so if re-elected.

Which begs the question, for whom will she cast her vote for speaker of the house. In the past, she has voted for Madigan, despite an apparent undercurrent of angst in the district against the powerful Chicago Democrat. She points out that "nobody else ran but him."

When confronted directly about Madigan this time around, she did not say directly whether she would vote again for him to remain as speaker.

We’ve been generally pleased with the way Scherer has worked for the district. If her claim about listening to the majority opinion of the district is accurate, we expect to be even more pleased.