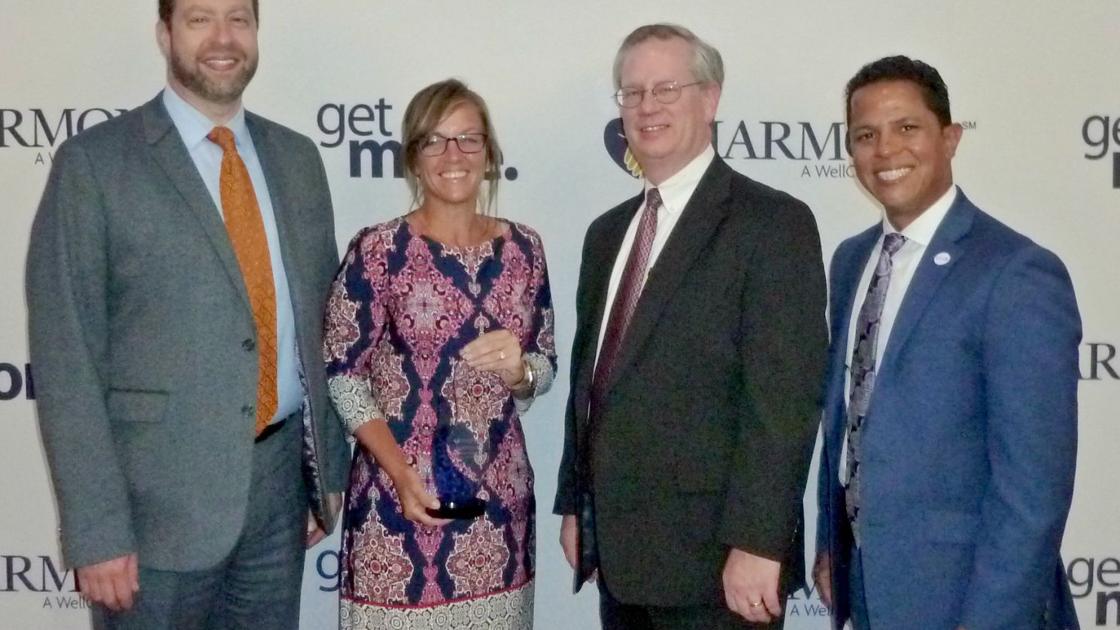 The 2018 Harmony CommUnity Health Hero awards, now in their second year, were based on nominations received from throughout the region and were distributed based on five categories including healthcare, government and policy, education, advocacy and community support. The 2018 winners are:

Rep. Katie Stuart (Government and Policy) – Illinois State Rep. Katie Stuart, (D-112), Evansville. Prior to being elected to serve the 112th District in 2017, Stuart was an instructor in the department of mathematics and statistics at Southern Illinois University-Edwardsville, where, in addition to teaching mathematics courses, she mentored and supervised the next generation of mathematics educators. Her 25-year career in the classroom also placed her in local high schools and middle schools. In the Illinois house, Stuart has been a passionate advocate for improving the lives of working families. She serves on the higher education, elementary and secondary education – licensing, administration and oversight, government transparency, elections and campaign finance, and business incentives for local communities committees. According to her nomination, “Rep. Stuart believes in service and integrity and that to serve our state, she has to serve her community and represent her community’s values.”

Kim Johnson (Healthcare) –Kim Johnson, community education coordinator, Hospice of Southern Illinois, Inc., Belleville. Johnson is passionate about the work she does for Hospice of Southern Illinois and the relationships she has built with many community partners since joining the organization in 2008. She attributes her years with the U.S. Marine Corps for her persistence that she now puts into ensuring members of the community have a healthcare power of attorney and any other resources they need, even if that means making sandwiches for local food pantries. “Kim’s compassion and caring nature gives great comfort to others in time of need. She is strong, compassionate, caring and supporting all rolled up into one,” stated her nominator.

Judith Ann Harris Johnson (Education) – Judith Ann Harris Johnson, board member of Springfield School District 186, Springfield. Harris Johnson has represented the community in the Springfield school district since 2001, including serving as its board president from 2005-2006. She firmly believes educating children is the most important mission of any education system. Her career has stretched over a 40-year span in the Illinois state senate having served as the first female assistant sergeant-at-arms and as a legislative assistant to several state senators. Harris Johnson is a role model who believes in being involved and connected with the community. Her civic memberships include Union Baptist Church, Family Service Center of Sangamon County, and as a current board member-past president and secretary of the Springfield Branch of the NAACP. Her nominator stated, “What I admire the most about Judy is her passion when it comes to advocating for the population she represents. With her work on the board of education, and the various boards and committees she has served on, Judy continues to be been a strong voice for those who are often underrepresented.”

Lynn Hatfield (Advocacy) – Lynn Hatfield, RN, executive director, Living Independently Now Center (LINC), Inc., Swansea. As part of LINC’s management team, Hatfield provides skilled supervisory and leadership support to direct service staff ensuring that LINC’s programs and services meet or exceed the needs of their consumers and grant objectives. During the past 20 years, she has developed a solid network of community and governmental agencies, widening resources and opportunities for people with disabilities. Hatfield also serves on the board of directors of Illinois Network of Centers for Independent Living, a statewide association of Centers for Independent Living. Her ultimate goal is to help build a stronger community through education, advocacy and service. “Through LINC, Lynn empowers persons with disabilities to live independently and to promote accessibility and inclusion in all areas of life,” according to her nomination.

Bikers Against Child Abuse (BAC) (Community Support) – Bikers Against Child Abuse (BACA), Metro East Illinois Chapter. Founded in 2005, the Metro East Illinois chapter of Bikers Against Child Abuse was the first chapter in Illinois. Its founder, who goes by the biker road name of M&M, has worked at all levels of the organization to support its mission of “empowering abused children to not be afraid of the world in which they live.” In addition, M&M has held positions at the chapter and state levels of president, treasurer, secretary, child liaison, international events coordinator, and is currently the international training officer. In this position, she travels all over the world to speak with and help BACA Chapters and their membership learn everything from how to interact with abused children to running a not for profit organization. “Our mission is to help the children and their families learn how powerful they can be. Our presence will be available as long as the child needs us.”

“Harmony Health Plan is proud to recognize these outstanding individuals whose tireless efforts and dedication have helped so many access vital services and resources. Their contributions enrich our local communities and help our members live better, healthier lives,” said Chuck Beeman, Illinois state president for WellCare.

All honorees received a $500 donation from Harmony Health Plan to the charity of their choice.