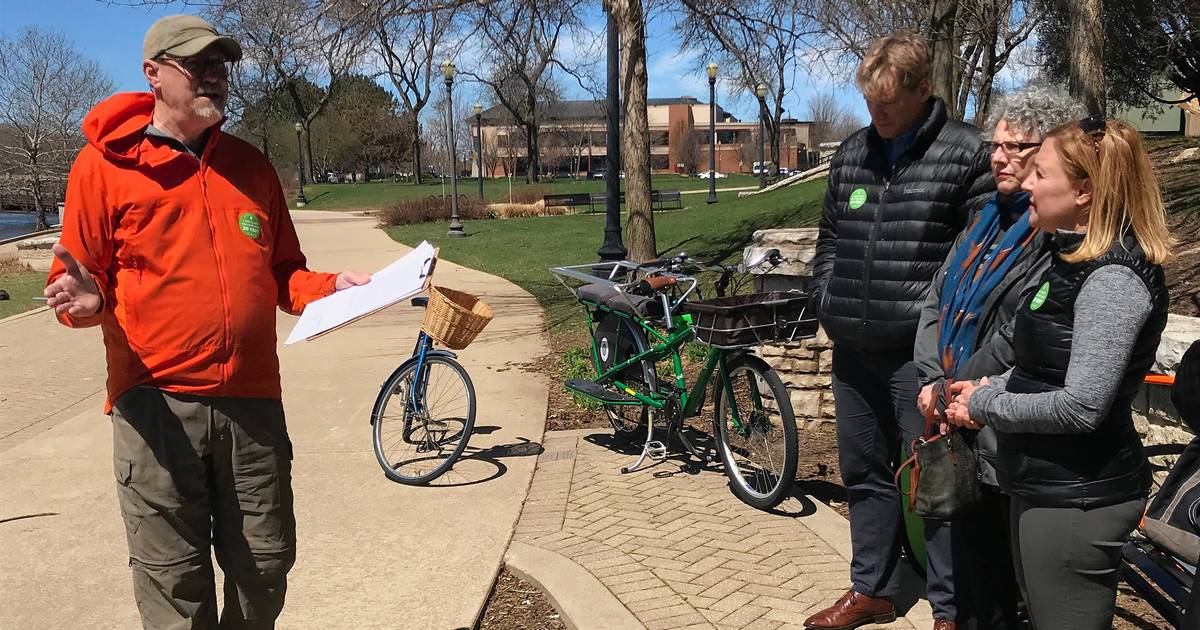 Two legislators from Elgin said they will advocate for funding in a state capital bill for projects that will make the city safer and more friendly to pedestrians and bicyclists.

It’s important to make sure sidewalks are connected “so people don’t have to leave a sidewalk to walk on a busy street,” and bike paths also are connected “so there are routes people can ride on,” Moeller said.

The state’s last capital bill was in 2009, and some lawmakers are pushing to fund one this year. “You can tell our infrastructure really needs a lot of improvement and upgrades and maintenance,” Moeller said.

The state House Appropriations Committee is putting together a list of projects for a capital plan and the state Senate is conducting hearings, Moeller said. A hearing will be at 1 p.m. Monday at Gail Borden Public Library in Elgin.

Projects that improve the safety of pedestrians and bicyclists make transportation safer for everyone, including drivers, the Active Transportation Alliance says. However, such projects are nearly entirely federally or locally funded, and there is more demand than funding available, the group says.

In Illinois, more than 8,000 people are injured and 154 people are killed each year in traffic crashes while walking or bicycling, according to data provided by the group.

“You’re more likely to land in grass in the good seasons, or a snow bank or a mud puddles in the other six months out of the year,” Thompson said. “I think that creates some serious challenges in how welcoming the infrastructure is.”

Jennifer Fukala, executive director of the Downtown Neighborhood Association of Elgin, said the association and the city are working on a grant-funded project to install bike racks throughout downtown in 2020.