St. Rep. Yednock says infrastructure program will be good in a number of ways

Ottawa Democratic St. Rep. Lance Yednock says not only will a statewide infrastructure program be valuable just as a public good, it’ll spur a lot of apprenticeships and new construction companies.

Yednock talked to WCMY about it after the governor’s State of the State Address last week.

On other issues, Yednock says everyone wants clean energy to protect the environment and for the jobs. He wants something done to help those who lose jobs because of the shift away from dirtier energy production such as coal mining. And he says working toward more state funding for schools will help relieve local property taxes.

GENEVA – Area state lawmakers took a victory lap for last year’s legislative achievements in Springfield, but said they recognize there is plenty more work to get done in the spring session of the General Assembly, during a forum before local municipal officials.

Property tax relief and solving the state’s ongoing pension crisis will be at the top of the list, state senators and representatives told a gathering of the Metro West Council of Government, a lobbying group representing cities and villages in Kane, Kendall and DeKalb counties.

“The last thing we need is another 10 years between capital bills,” said Sen. Linda Holmes, D-Aurora.

“I know that in the interim local government has been picking up the slack,” said Rep. Anna Moeller, D-Elgin. “That capital bill was landmark legislation,” Moeller said

But what the local officials wanted to know was how the state is going to deal with the staffing shortage at the Illinois Department of Transportation that has led to a bottleneck for approval of shovel-ready projects.

While applauding efforts to outsource some of IDOT’s administrative work, representatives from Metro West called on the lawmakers to allow local permitting for the projects in order to get them moving.

Sen. Don DeWitte, R-St. Charles, said he has talked with Gov. J.B. Pritzker about the problem and that the governor said an ombudsman will be designated to expedite the IDOT approval process.

DeWitte indicated support for the use of outside engineering firms to help IDOT get existing applications approved and construction underway.

“If they don’t get caught up they’ll be overwhelmed with new projects,” DeWitte said.

Approval of last year’s capital bill was dependent on a doubling the state’s gasoline tax to 38 cents per gallon and earmarking the money for transportation projects.

“The indexing of Motor Fuel Tax funds was the key to that bill,” DeWitte said. “We all had to take some tough votes to get it done.”

With legal sales underway since the start of the year, the local officials wanted to know what lawmakers will be doing to correct any unintended consequences.

The legislators essentially said they will be counting on local government officials to help guide them and bring problems to their attention.

“Cannabis was a very big piece of policy,” said Sen. Sue Rezin, R-Morris, noting that the legislature has already approved one clean-up bill and expects that another with eventually follow.

“We are all very intently watching if there are any issues we need to address,” said Sen. Cristina Castro, D-Elgin.

Metro West is calling on the legislature to control the cost of local municipal public safety pensions.

A major concern to Metro West and local officials is the status of the Local Government Distributive Fund (LGDF), which is the municipal share of state income tax revenues, divvyed up to cities and villages on a per capital basis.

The state cut the local share by 10% several years ago but then restored 5%. The municipalities want the other 5% back.

“That reduction in the LGDF is what gets passed on to property owners in higher taxes,” said DeWitte, who served as mayor of St. Charles from 2005 to 2013.

“He dealt with that as mayor,” Rogina said, pointing to DeWitte. “He understands.”

Metro West Executive Director Lesli Melendy said full restoration of the local share of the LGDF is a major goal of the lobbying group.

DeWitte put it more bluntly when he charged that the state government is not meeting is constitutional requirement to provide education funding.

Democrats contend that part of the solution is the proposed Fair Tax Amendment to the Illinois Constitution which is on the November ballot. The initiative would increase taxes on incomes of more than $250,000.

“We rely too heavily on the property tax to fund schools,” said Moeller, urging passage of the fair tax and arguing that 95% of income taxpayers would see no change.

“I was hoping we weren’t going to get into that,” said DeWitte, the next to speak.

While commending Castro for her pension reform efforts, DeWitte said much more needs to be done.

“Until we address the number one burden on taxpayers, we are all just wasting time,” DeWitte said.

After the forum, DeWitte explained his opposition to the Fair Tax Amendment.

“I am adamantly opposed to any scheme that gives a blank check to a simple majority of the legislature to change income brackets and rates,” DeWitte said.

The governor and Democratic leaders have refused to make any assurances that the brackets and rates will remain frozen, said DeWitte, who contends that if approved, tax increases could easily be extended to the middle class.

Rep. Dan Ugaste, R-Geneva, also opposes the plan, arguing that the increase on the higher earners will simply accelerate the exodus of businesses and residents from Illinois.

“There are other ways to grow revenues,” Ugaste said.

Prior to the forum, DeWitte predicted that property tax reform will need to be tied to a larger grand bargain involving taxes and revenues for both the state and local units of government.

Such a deal promises to be an all-or-nothing proposition, DeWitte said, because there will be so many interdependent components.

“We are a team that is focused on results,” Burns told the lawmakers.

DeWitte is sponsoring legislation that he said would solve a technical problem for local government bodies, which often do not receive the exact property tax extension that they have levied, because of assessment fluctuations, tax appeal decisions or other factors.

DeWitte’s legislation would automatically adjust the extensions to guarantee that local governments receive the tax revenues they levied, and move the adjustments to the assessments for the following year.

The legislation, Senate Bill 1043, was approved in the Senate last year. Ugaste is sponsoring the bill in the House, but the legislation has been languishing in the Rules Committee. 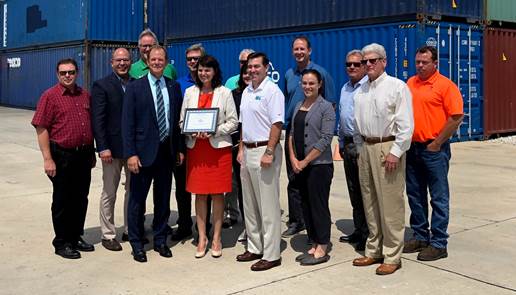 DECATUR, Ill. (WCIA) — A state representative was honored for her work to repair the state’s roads and bridges. Democratic Representative Sue Scherer was awarded the “Friend of Infrastructure” award from the Transportation for Illinois Coalition.

The Illinois Chamber of Commerce backed a study that found the state’s crumbling roads costs each Illinois driver $597 a year in wear and tear, fuel mileage and lost economic activity.

SPRINGFIELD — Governor J.B. Pritzker and the Democrats who control the General Assembly passed a flurry of major legislation in the closing days of this year’s legislative session.

“This legislative session was historic. The Illinois General Assembly, in over a hundred years, have never worked on this many groundbreaking issues successfully – in one year,” she said. “This year was absolutely historic. We’ve never had a year this significant, at least in my tenure being in the legislature.”

Some of the major legislation passed includes raising the minimum wage to $15 an hour by 2025, passing a $45 billion capital bill for infrastructure improvements and offering the voters a chance to amend the Illinois Constitution to shift the state to a graduated income tax.

She says that many of the progressive ideas passed this session are nothing new, but ultimately required needed votes in the legislature and the governor’s signature to become law.

“For years, you’ve had folks talking about the need to put a progressive income tax on the ballot. Let the people choose what they think is the right way to be funding the very functionality of our government. A balanced budget, what a novel idea. Fifteen dollar an hour minimum wage,” she said.

After the 2018 midterms, Democrats now hold supermajorities in both houses of the legislature, and Democrat J.B. Pritzker defeated Republican Gov. Bruce Rauner in his bid for re-election to the governor’s office.

She said she “could not be more proud” of what legislators achieved in the closing days of the session.